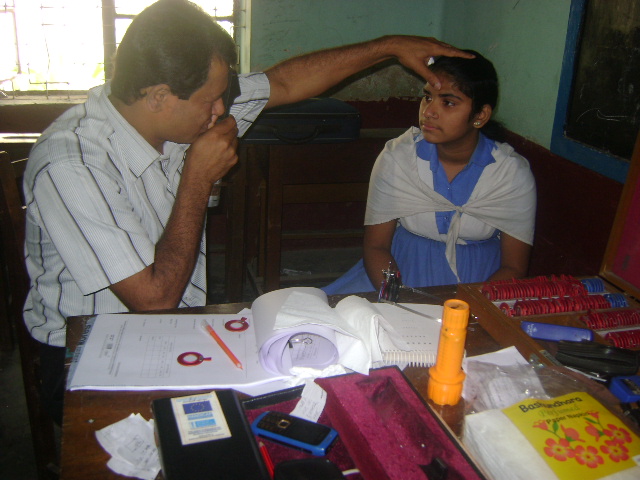 76% of the total population of Bangladesh lives in villages and 24% in cities. 43% of people are under 15 years of age. About 20 lakh children are being born in the country every year which is putting additional pressure on the country’s food, shelter, education, health, and employment and hindering the achievement of the expected economic growth. We all know that post-war conditions in the country and the creation of NGOs to provide services to the affected people. That trend of private development agencies has continued for ages. Although the government has adopted a plan to implement the above declarations, it is very difficult to provide adequate services due to adequate efficiency, funding, and population ratio. On the other hand, as the private development agencies are committed to implementing the action plan announced by the government as a partner of the government, the private development agencies are working to protect the health of the grassroots people, especially children and women, from their respective positions.

Jugantar Samaj Unnayan Sangstha (JSUS) is also working to provide necessary awareness messages and health services in population control. Various programs are also held regularly with the government’s Health Education Bureau, District Civil Surgeon, and Chittagong City Corporation. Significant progress has been made in the health sector indicators of Bangladesh in recent times. The infant mortality rate in Bangladesh was 82.2 per thousand in 1996-97, it has risen to 52 in 2007. The under-5 mortality rate in 1996-97 was 115.7. It has come down to 65 in 2007.

The Social Development Organization (JSUS) prioritizes health awareness programs as one of the main means of its ongoing work. These 13 projects/programs run by Jugantar Samaj Unnayan Sangstha (JSUS) provide health awareness to the beneficiaries and other members of their families and neighbors. This health awareness program is implemented through various flip charts, pictures, cartoons, posters, and many more. In this way, an unconscious person becomes aware of the health habits of himself, his family, and other people and applies them in daily life.

The Expanded Program on Immunization (EPI) is one of the priority programs of the Government of Bangladesh. This program has already achieved great success. EPI is an immunization program for six childhood diseases (diphtheria, whooping cough, tetanus, tuberculosis, polio, and measles). The program was launched in Bangladesh in the early 1980s as a mandate of the World Health Organization on universal child immunization and became fully operational in 1985. Under the EPI, National Immunization Day is designated as two separate days each year. The purpose of the program was to ensure massive public participation in the immunization program for children under 5 years of age.

Healthcare projects play a leading role in the ongoing government program to eradicate polio from the country by addressing the long-term health risks of children, including blindness and night blindness. Weight loss and obesity have decreased in children less than 5 years of age, but not significantly. The target of feeding ‘A’ capsules to children aged 1-5 years has been fully achieved. As a result, night blindness has decreased significantly. The government and development organizations have made progress in eliminating gender inequality and other inequalities. But efforts to eliminate inequality need to be strengthened. JSUS is at the forefront of implementing any joint venture of private development agencies, including the Chittagong City Corporation, the Office of the Civil Surgeon, and the Department of Health.

Regular vitamin A capsules, polio vaccines, and anthelmintic are provided free of cost to young children in the company’s work areas through the healthcare center. In the financial year 2017-2018, Jugantar Samaj Unnayan Sangstha (JSUS) implemented the National Vaccine Day, Polio Day, and Vitamin A Plus Campaign in two phases. Civil Surgeons, Chittagong City Corporation, in collaboration with the Department of Health and coordination with various private development agencies, have been regularly implementing National Vaccination Day, Polio, and Vitamin A Plus campaigns in the greater Korbaniganj area.

In the last year, a total of 418 children have been brought under this program in this area. All children aged 0-5 years are given anti-polio drugs and vitamin A capsules. Also at different times worm medicine has been given regularly to protect children from worm complications. In addition, every year in the national departmental sports competition for the disabled, health services is provided by the social development organization through first aid camps.